All of our published novels can be found below, with links to each. 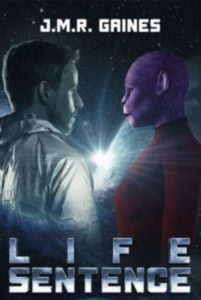 Convicted of three murders, whistle-blower Willie Klein finds himself transported to a penal colony on Domremy where his unlikely job is to kill fellow colonists before they fall into the clutches of insectoid Locals. His gruesome task is only relieved by the growing affection of Entara, an alien pleasure worker from a matriarchal world. Until, that is, their brief happiness is destroyed, as Entara is called home to an arranged marriage and Willie discovers he is still being stalked by the conspirators he tried to unmask. It turns out the fearsome claws of the Locals are not the main danger either of them will have to face. When Entara’s priggish husband joins forces with the shadowy Earth corporations, the perils multiply, for the couple must learn whether they can trust belligerent space-going octopi, a primitivist human farmer cult, a mysterious medical team made up of robots and extraterrestrials, or even the bone-chilling Locals themselves. Sacrifices have to be made all around, from planet to planet, as humans and non-humans define what the dignity of life means in an ever-shifting future threatened by war and personal exploitation. 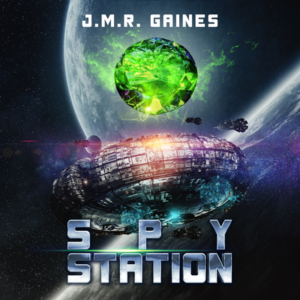 When Entara is sent as Forlani ambassador to the Interzonal Peace Conference, she astounds everyone by bringing along her latest and final infant child.  Not the least concerned is her brilliant but impetuous firstborn daughter Ayan’we, in the unaccustomed role of Security Chief for her delegation.  Fifteen different species have gathered on Transfer Varess space station to avert a war between the belligerent,squid-like Song Pai and the inscrutable Blynthians, but it is common knowledge that some of them would much prefer an interstellar rampage of violence.  The hermaphroditic Phiddians who operate Varess do not make things easier by their preference for rampant sexuality over diplomacy. In the confines of the station’s corridors, several sinister forces plot theft, kidnapping, and murder in order to thwart a treaty.  Entara and Ayan’we must peel back layer upon layer of conspiracy to find the culprits, aided by an unlikely alliance of robots, Talinian newts, bat-winged Kael, and even more fantastic creatures. Along the way, they discover inner weaknesses that are just as troubling.  Doom seems certain, and some will not depart alive from the claustrophobic den of spies.